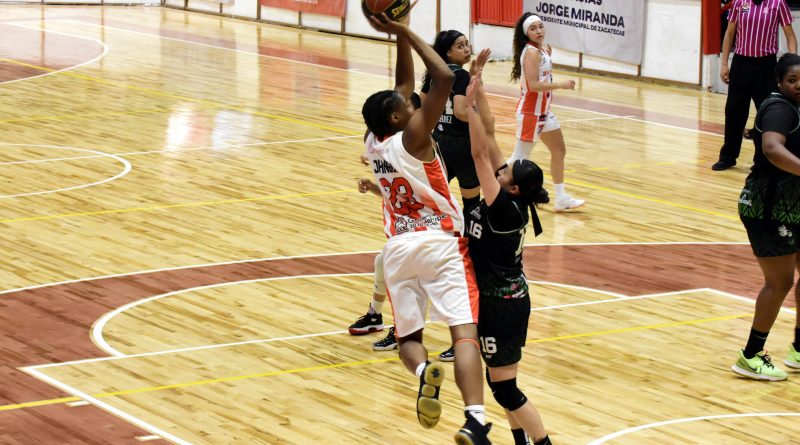 In life there are people who seek to raise their voice, even make a scandal, to attract attention. But there are also those who do not care so much about the noise and prefer to let the actions speak for them. Or that the emotion and the screams are the result of their work.

This is the case of Alexis Johnson, a reinforcement who, since her arrival, helped change Barreteras’ face with spectacular blocks that put the public on their feet, placing her as the best shot-blocker in the League. In addition, her rebounding ability has her in the top 10 in the LMBPF in that category and her effective scoring ability (which combines mid-range shots with work in the paint) has made her essential for the Zacatecas team.

For all this, today it is worth telling you the story behind Alexis Johnson; one of the pillars of the Zacatecan team, who has gone through numerous obstacles to get here and who, therefore, is ready to face whatever is necessary to make Barreteras transcend. 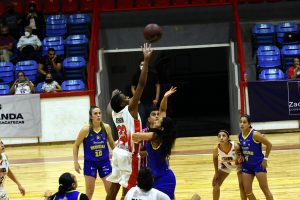 Earn a place among the children

Alexis, like many girls, struggled a bit to fully immerse herself in basketball. She herself tells us: “I started playing when I was 7 years old. It’s a funny story because my dad first got my brothers on a team but he was a bit skeptical that I (his girl) would play on all-boy teams.”

It was a time when women’s teams were not yet so common at that age, which offered two difficulties for girls who wanted to practice basketball. On the one hand, there was the resistance of the family and, if they managed to enter, they met the hostility of colleagues and rivals who did not want to let “a girl” make them less. Fortunately

When she finally managed to be included in a team, she developed like a fish in water: not only did she feel comfortable, but she realized that she could be good at this sport. “I kept playing and ended up falling in love with basketball,” Johnson tells us.

Of course, the same situation that complicated her start in sports, of being in an essentially male team, later became an advantage for the development of her talent. “I played with only boys and that helped me improve. They always wanted to show that they were better than women, so I always had to give my best.” She couldn’t afford to be left behind.

From the beginning, her height, which comes from both sides of the family, and an extraordinary length of arms served her well. Let us remember that the normal thing for the common people is that their arms span, that is, the length from side to side of the stretched arms, is equal to their height. In the case of Alexis, she is 6´1” tall but has a wingspan of 6´7”; this helped her, from the beginning, to take her shots from a difficult height to block and become an effective protector of the paint with her spectacular blocks. 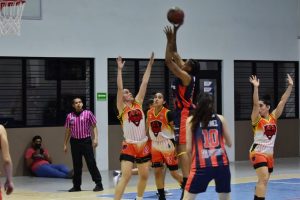 When she arrived at Hamilton High School in New Jersey, her talent began to emerge, showing that training among boys paid off when it came to competing in the women’s branch. As she finished her junior season she had scored over 1,000 points for her team, which was a great first feat, and she ended up being the best all-time scorer in her school (including men and women) with a total of 1,652 points.

Her father played basketball at the collegiate level and her brother was an amazing player as well, who she watched the most on the court and taught her a lot of things about the game. So, when the time came, it was to be expected that she would seek to succeed on a new level. Building on her stellar track record at Hamilton, she received numerous offers from Division 1 (D1) colleges. However, she decided to take another route, beginning her college career at ASA College in Brooklyn, New York. After graduating in criminal justice, everything pointed to finishing her college stage with a D1 program in the NCAA but fate had other plans.

Just as Alexis was about to continue her sporting successes, Johnson suffered a terrible knee injury: a ruptured anterior cruciate ligament. This situation ruined the possibility that she had in the D1 university, but she never gave up. After the surgery needed to recover, she worked hard on rehab and got an opportunity to continue her career with two more years at Virginia Union University.

It is necessary to highlight, as an essential factor for Johnson´s success throughout her student career, a permanent commitment to training; both as a team and individually. From high school to college, whenever she didn’t have something to do, she tried to be on the court; it was common for her to spend 5 or 6 hours a day doing exercises to improve her game. Sometimes, she even stayed after the games to polish aspects that seemed important to her. This same discipline was essential in getting back from injury, big time.

A good player will shine wherever she is. Virginia Union is a Division 2 program, but they face high-level competition that allowed Alexis to make a name for herself. In addition to breaking the school record for blocks, both for a game and a season, in her senior year she received the Most Valuable Player and Defensive Player of the Year award in her collegiate conference. In this way she closed with a flourish a dream collegiate career. 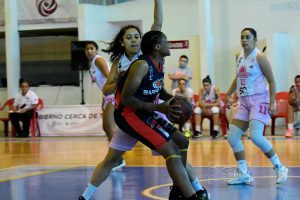 The leap to professionalism

Upon graduating from Virginia Union it seemed natural that Alexis would have opportunities to shine again but now in professional basketball, but this did not happen. Johnson tells us: “Everyone was saying that I should find a team overseas, but unfortunately I couldn’t get the right help (contacts) to get a team.”

Thus, for a short time she took a break from high-performance basketball and began to work in a ‘normal’ way. Of course, Alexis never stopped being active, just as she did when she was younger but now in private gyms, she continued to work out on the court and with weights. This was valuable in general, but even more useful when the pandemic arrived as a very important habit for her well-being and to be ready for an opportunity that awaited her in Zacatecas.

It had never crossed her mind to come to Mexico, she herself admits that she had little idea of the level of the Mexican Women’s Professional Basketball League, but once the management of Barreteras contacted her, things changed quickly. “I began to research, and I realized that it is a very good League. Then, since I’ve played here, I see that there really is a great level”.

Alexis came to a highly talented team, but it was just at a very difficult moment in the season: it started with a mark of 0 wins and 8 losses. Barreteras made changes to the coaching staff and brought in Johnson to seek course correction; she emphasizes that the team already had a great base that she could add to. “I am fortunate to have great players as teammates, they have an excellent level. In addition, the girls form a wonderful group, I feel very happy to be part of the team.”

Of course, the good energy is reciprocal, with it the Zacatecas team has had a mark of 8 wins and 4 losses. And it is no coincidence, since she has been the scoring leader since her arrival (15.5 points per game) and has also led the team in rebounds and blocks. “It’s a great feeling, putting in that little extra to help the team and build a great comeback to close the season as winners.

In each level in which she has played, Alexis has been in charge of showing that her ability can say much more than any speech: she has earned respect by shinning with her own light. Now, hand in hand with this reserved young woman who fully appreciates the talent of her teammates and the drive of the fans, Barreteras is heading for an exciting close of the season. They are going all out to get into the postseason and show that they are a high-flying team. 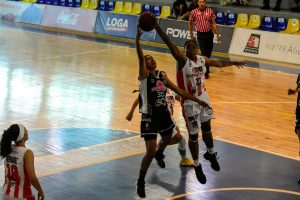 Thirteen questions to get to know Alexis Johnson:

Book: Right now I am reading “Think and Grow Rich” 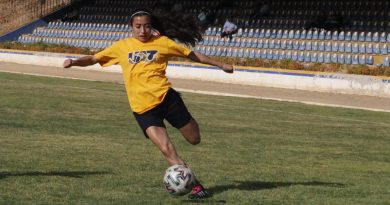 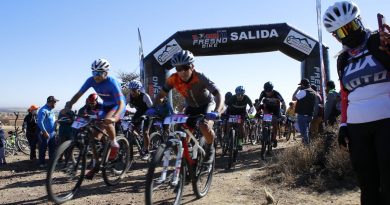 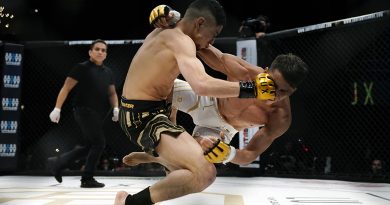